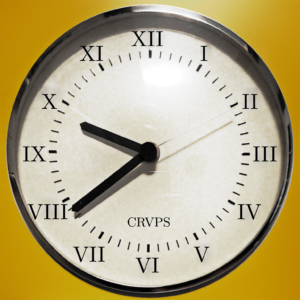 When I tell people about timestamping, they often react with, „Ah, yes, that Blockchain thing“. However, timestamping is as old as civilisation and has some interesting properties it gains from non-Blockchain applications. So let’s go back a few millenia first.

Timestamping is an important part of establishing trust.

So it should not come as a surprise, that the Romans already employed notaries public to testify the accuracy of an agreement and when it was made.

Throughout time, libraries have also been used as trusted authorities to keep record of since when they owned a particular book, implicitly timestamping their contents.

1556 marks the first documented use of registered mail. It documents when a particular piece of mail, oblivious to its content, was posted from sender to recipient.

Robert Hooke and Isaac Newton timestamped some results in 1660 and 1677, respectively, before publishing them, by communicating anagrams to independent third parties.

We all know the old detective stories where clandestine information was exchanged through classified ads in newspapers. Here, the newspaper can be used both as a proof that a particular piece of information existed before publication time and as a commitment or proof of posting.

Another crime-related use of newspaper timestamping was done by taking photographs of a abducted person holding today’s newspaper. This was used to prove that the photograph was not backdated.

Computers and modern cryptography made opened entirely new avenues for timestamping. Starting in 1988, the invention of cryptograhpic commitment schemes allowed Alice to state that she knew (or had chosen) a certain fact without revealing it (aka commitment). Later, Alice could disclose this information to Bob, at the same time proving that it was what she had committed to.

In 1995, Matthew Richardson and his I.T. Consultancy Limited started the PGP Digital Timestamping Service, which still is operational and in use today. There, trust is achieved by publishing (and therefore committing to) the signatures the timestamping service creates. Also, they are sequentially numbered and then grouped and cryptographically linked in multiple hierarchies. Both mechanisms limit the operator’s backdating abilities, allowing users and verifiers to gain trust in the correct operation of the system.

In 2000, the LOCKSS system (Lots Of Copies Keep Stuff Safe) was started, which uses libraries as a large-scale distributed repository of electronic books, introducing independence as an additional trust measure.

Since 2001, git and other distributed version control systems can be used to efficiently share cryptographically linked information with independent parties.